“Ted’s Trout has proven to be a great hit on our menus, the exceptional quality is consistent and the value unsurpassed.”
David Tombs – Chef/Owner, Terra Restaurant, Kamloops
> READ MORE COMMENTS

Here are some of the questions we get asked the most about our farm and products.

What species of trout do you have?

How long do they take to grow?

Trout grow at different rates, depending on the variables of water quality and temperature, etc. on a particular site. On our farm, with our very cold water, we can produce an average 1/2 lb. trout in about 2 years.

How long do trout live?

At what age do trout spawn?

Normally, trout spawn at about 3 years; however, on our farm, during our spring spawning season (late March to mid-May), we select our brood stock for late maturing at 4 years old and older. Four-year spawners or older, are generally larger, stronger and more robust — producing in turn, a hardier, later maturing trout.

What do you feed your trout?

Our trout are fed a Certified Organic Trout Diet comprised largely of fish meal from sustainable sources and vegetable products.

What makes the meat red?

Trout do not produce their own pigment, therefore, the colour must come from their food: shrimp are particularly high in red pigment, and are abundant in many lakes in this area, as well as, our feed contains a naturally-sourced pigment, which produces an appealing red flesh.

Do you use hormones or antibiotics in the raising of your trout?

NO. Good husbandry practices promote good, healthy fish. As a result, we have never used antibiotics or hormones of any kind.

Are your trout disease-free?

Yes. We are government-tested twice per year, and have been a Certified Disease-Free facility, without interruption, since the certification program started in 1974.

Not true! In the past, this was thought to be the case, when salmon farms were expanding enthusiastically and were less regulated than they are now. That prejudice was extended — inaccurately and unfairly — to trout farms. In fact, a highly regulated certified trout-farm facility, run by responsible and committed operators, where water quality and feeding regimen is closely monitored, ensures a consistently clean flavour, resulting in a superior source of protein: low-fat, high in Omega 3's, delicious and healthy! Support your local trout farmer!

Do you deliver the trout both live and processed?

What is a triploid trout?

Why a triploid trout? Do they grow faster and bigger?

It has been thought that if a sterile trout could be produced, we would have a fish that would grow faster and bigger and be more efficient with their feed. Although this could be true or not (depending on your experience), there are pros and cons to sterile fish. A con is that triploids are somewhat less resilient than natural (diploid) trout when water quality conditions deteriorate, ie. warmer water in the summer and colder water in the winter — both of which can cause lower oxygen levels in the water, which causes greater stress in triploid trout. Also, generally our experience is that triploid trout are a little slower growing. However, since they do not go through a spawning cycle, theoretically, they will continue to grow all year long and make up for the slower growth by putting energy into body weight, rather than the reproduction process. In any population of trout, you will naturally have fish that grow faster and bigger than others; a population of triploid trout seems to be no different. The biggest 'pro' with sterile fish, is when you have a pond with no facility for spawning, the fish will not go through the spawning phase, and become egg-bound — which can stress a fish for a short period of time. 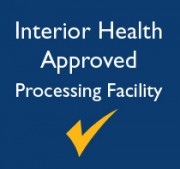 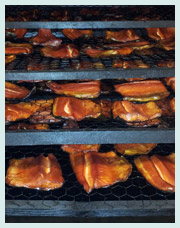